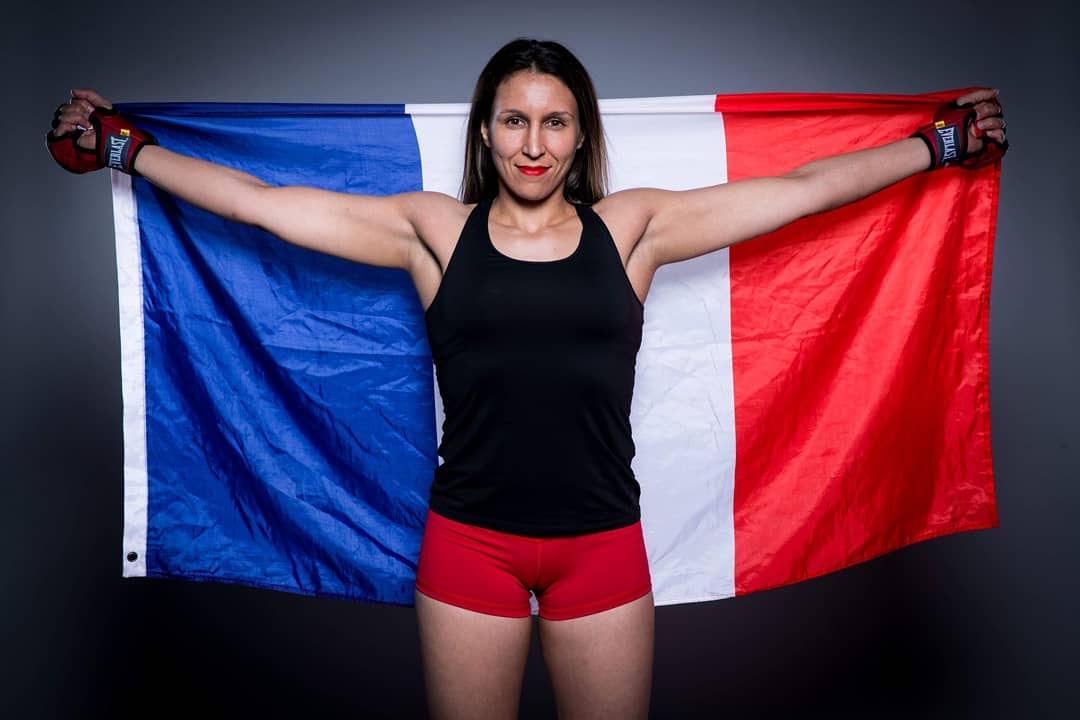 Fortis MMA’s Deborah “The Punisher” Kouzmin, a fighter from Paris, France, has put her name on the MMA map with 2 consecutive wins in her first 2 bouts. Her most recent victory raised her stock substantially, defeating Ky Bennett (1-2) at Bellator 218. We conducted a Q&A interview with “The Punisher” to see if she could give Global Fight Talk some insight on her life inside and outside of the cage and she showed a rare mix of confidence and humility in her responses.

Kouzmin began her fighting career training boxing in an MMA gym where she fell in love with life as a fighter in 2010. “I started boxing and I really liked it. It doesn’t matter if it’s a sport or whatever I try, I want to do it well. It may sound a little cocky, but I want to be the best at whatever I do so I went all-in with boxing.”

Just two years later, “The Punisher” took note of a local Golden Gloves tournament and couldn’t help but to be intrigued. “There was a Golden Gloves coming up and I said to my coach (Jonny Lozano) ‘I want to do it’. He told me, ‘I’m not going to let you do it unless you really work out and show me that you’re ready’. I worked, and worked, and worked and he really saw that I was ready, and I really wanted it, so he let me compete and we won.” After reigning supreme, she was crowned Fort Worth’s Golden Glove 141-pound champion of 2012.

Like most MMA fighters who started with boxing, Kouzmin was not initially interested in the other disciplines of martial arts. “I was only doing boxing at first and my coaches told me I should start training Jiu-jitsu. I was like ‘eh, it doesn’t really look super effective to me, so I don’t want to do it.’ But eventually, I said, ‘hey why not’ and when I tried it, it was so much different than watching it.”

After enjoying her Jiu-jitsu training, she decided to integrate Muay Thai into her training as well and before she knew it, she was doing full MMA sessions. “Naturally, because I was training every [discipline] and I got better with my skills and better technically, I was allowed to train with the MMA group. Then I evolved into the mentality that I was going to do MMA.” Shortly after, Kouzmin made her amateur debut in 2016 and her professional debut in 2018.

In Kouzmin’s last bout, she defeated Ky Bennett using a grueling pace that forced her opponent to fold under the pressure without a chance to mount an effective offense. She attributed her impressive performance to two things. “The first thing is how we train at Fortis MMA. We train the way we’re going to fight in the cage, or even harder so we can fight with high intensity. Secondly, mentally, I know that once the cage is closed, it’s me against her. I can’t let her have the fight. I have to be the one that leads the fight and I have to be the one who’s aggressive. These things mixed together are why the pace was like that. I train so much and so hard and I don’t want all my hard work to be reduced to something that doesn’t reflect what I’ve done.”

Going forward, Kouzmin feels like she is in a good situation to succeed as a fighter. She is confident in her gym Fortis MMA, and thinks they have the right formula to mold great fighters. “We have a great coach that has a good vision of the sport. The training is multi-dimensional. We’re not just training physically, it’s also mentally. It’s more focused on working hard and being there for each other and being an overall good person. I think the way we train, and the way we look MMA is different from other gyms.” She mentioned the benefits of training with UFC fighter Macy Chaisson (6-0 3KO). “Macy joining the team definitely helped me. She’s stronger and taller than me so she pushes me and I push her too. She’s also completed a lot of things in a short time so it's always good to look up to her because it’s motivating.”

The culture at Fortis MMA seems to be a perfect fit for someone like Kouzmin who moved alone to Texas from France. She expressed the major challenge of the life-changing move. “The most challenging thing is being by myself here. I left all my family and friends and it’s just missing the moments with them because that’s something I can’t recreate. I cook and I bake so I can find food and stuff like that to keep balance but with family it’s different.”

Outside of the cage, Kouzmin also owns a bakery, “Deb’s Bakery” in Dallas, Texas. She explained that her maturity and her motivation allow her to stay away from consuming her own supply while she’s in fight camp but sometimes has issues when she’s not training. “I know that if I indulge myself too much, I’ll pay for it for a long time,” she said jokingly.

“The Punisher” returns to the cage October 4th on XKO.TV where she will face Rainn Guerrero (3-0 3KO). When asked about her upcoming bout with Guerrero, Kouzmin showed confidence. “(Guerrero) definitely comes aggressively and looks to land power punches. She also has some ground and pound. I’m prepared for all of that and I’ll have the fight happen the way I want it to.” Don’t miss the clash of these two talented women on October 4th in Arlington, Texas. 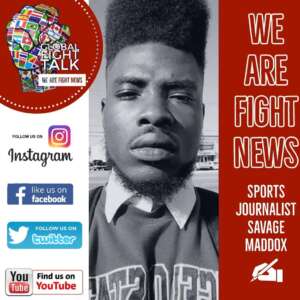 One thought on “The Punisher from Paris Deborah Kouzmin returns to the cage October 4, 2019”