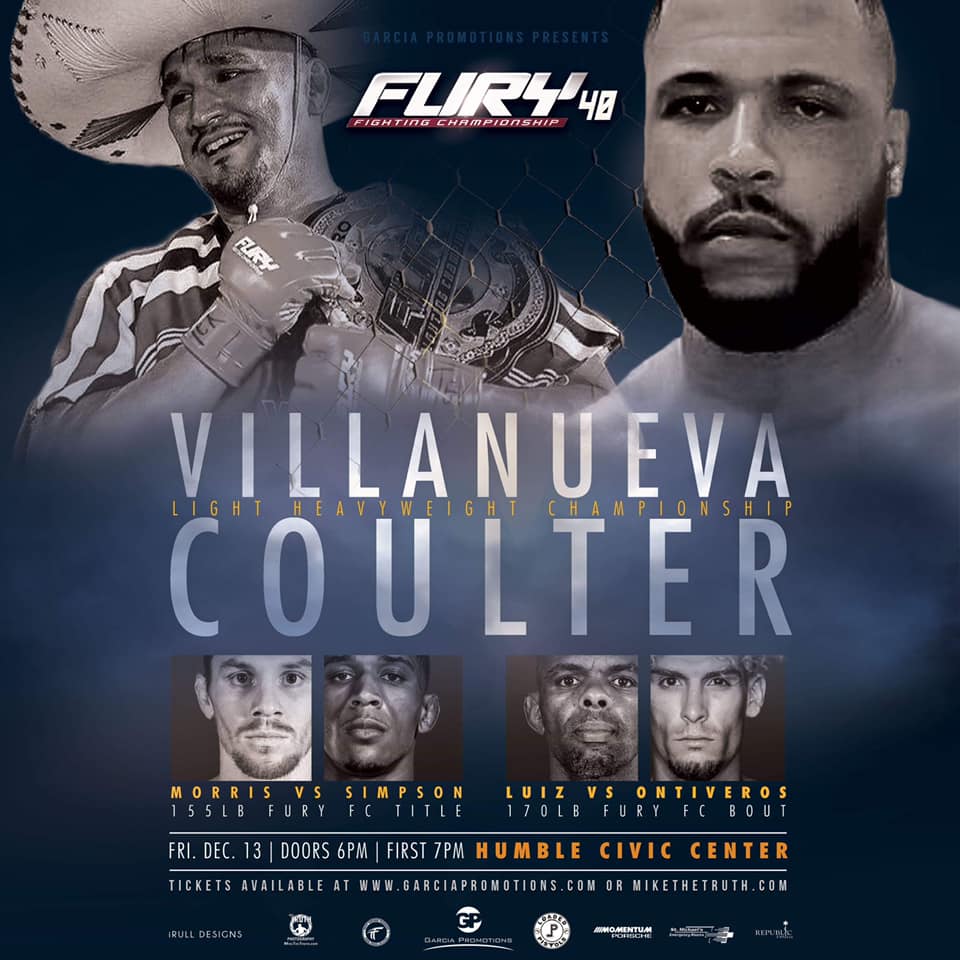 Friday, December 13th Fury Fighting Championships 40 delivered an outstanding night of Mixed Martial Arts for fans in the Houston area. The card was headlined by two title fights and good matchups top to bottom that turned out to deliver 12 finishes in only 14 fights!

In the main event, “Hurricane” Ike Villanueva (16-9 13 KO) defended his Fury FC Light Heavyweight Championship against UFC veteran Rashad “Daywalker” Coulter (9-5 8KO). “Hurricane” started off rapidly, landing a left hook within the first 20 seconds near the back of Coulter’s head that wobbled him early. The UFC veteran was unable to recover from the early onslaught as Villanueva landed combinations, took the fight to the ground, and landed enough punches for the referee to call a stop to the bout just 3:17 into the first round. Following his second consecutive title defense against UFC veterans, Villanueva made his claim for a spot on the UFC 247 card which will be held in Houston, TX on February 8th. “I put on a show” he said. “That’s 9-2 in my last 11. I just put [away] two UFC veterans, they call me the ‘UFC Killer’, bring me another one.” He added that he’s waiting for a phone call and that he feels he’s done enough to receive that call from the UFC.

The co-main event also produced a first-round finish as Will Morris (5-1 2KO) defeated Le’ville Simpson (8-5 3KO) via submission. Morris opened the fight with some accurate jabs that forced Simpson into a defensive shell. Shortly after, Morris broke through that shell with a straight right hand that dropped Simpson and set up a rear naked choke. Simpson was forced to tap 2:31 into the first round. The fight was scheduled as a Lightweight Championship bout, but Morris wasn’t awarded the belt due to missing weight by a stunning six pounds.

The undercard was filled with several excellent performances as well, including 46-year-old Leroy Vazquez (3-0) defeating Chris McElroy (0-2) via first round submission and Trayvon Coker displaying his outstanding boxing to earn a first-round knockout over Nathan Power in their amateur bout.

The fighters at Fury FC 40 gave the fans everything they hoped for and more. Global Fight Talk looks forward to Fury FC 41 which will be held in Dallas, TX on December 20th. 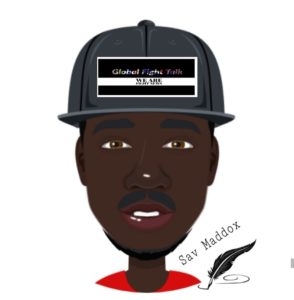