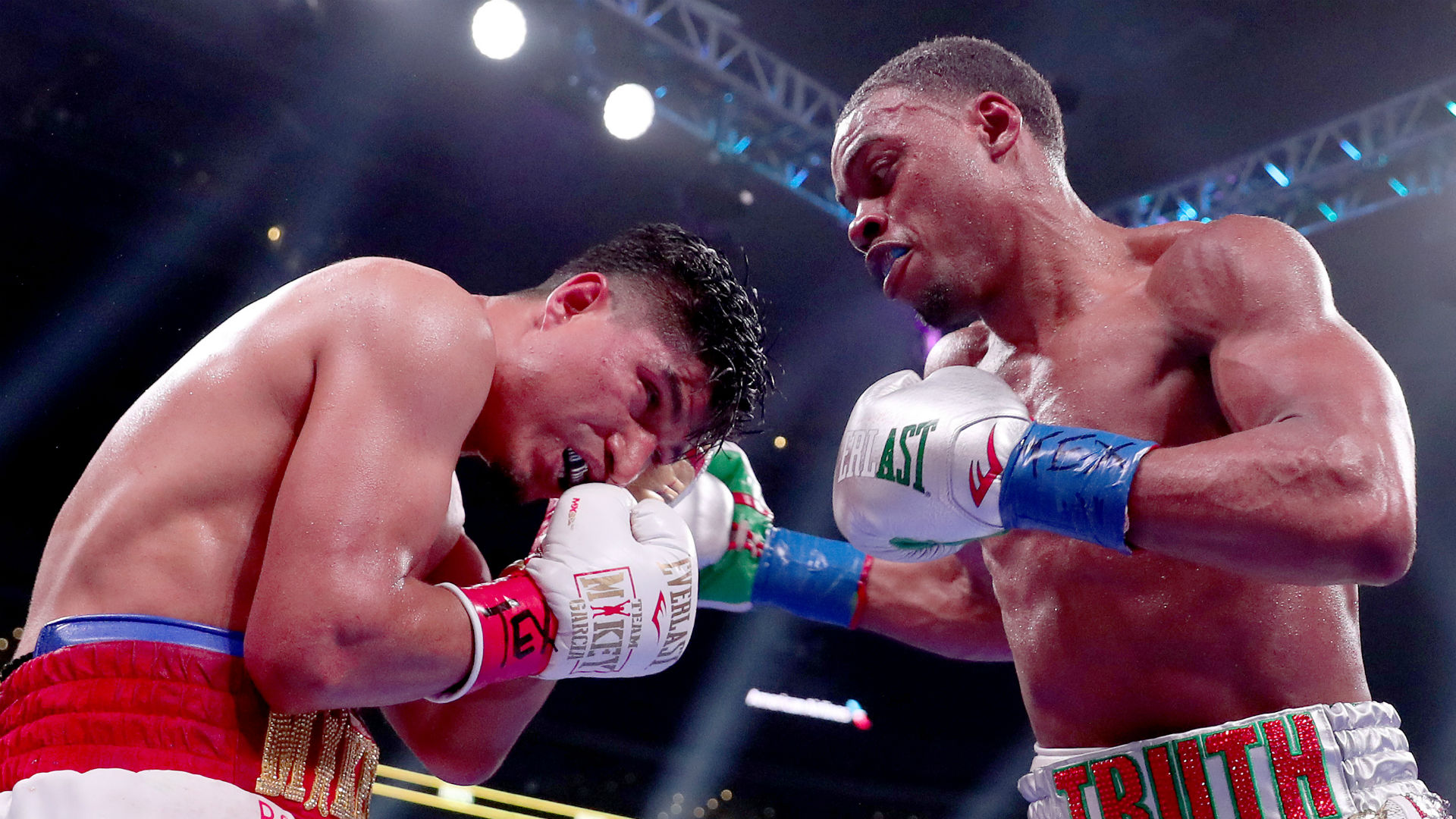 Errol "The Truth" Spence's (Now 25-0 21 KOs) IBF Welterweight Championship defense against Mikey Garcia (Now 39-1 30KOs) turned out fairly similar to what most fans and experts expected. Spence put forth a spectacular performance, but the toughness and determination of Garcia will leave a long-lasting impression on even those who doubted "The Truth".
Leading up to this fight, the consensus across the world of boxing was that Dallas, TX's Errol Spence would simply be too big and strong for California's Mikey Garcia and that a stoppage would be inevitable. Garcia jumped two weight classes to challenge Spence, who enjoyed a four-inch reach advantage and is three and a half inches taller! While the size and strength of Spence was clearly a factor, the stoppage never occurred and it was not for a lack of trying. "I was trying to stop him, or [make] his corner stop it, but they weren't budging" Spence expressed during the post-fight press conference.
In the first three rounds of the bout, Garcia and Spence were cautious and calculated in their approach. Each fighter kept their distance, and carefully picked their shots. In the fourth round, however, "The Truth" visibly shifted into another gear, frequently landing his signature power jab, and following it up with straight left punches and hooks to the head and body. Garcia showed sharp defense early on but seemed to wilt under the pressure of Spence round by round. The solid defense combined with the versatile offense of Spence proved to be too much for the four-weight world champion Garcia, who was eventually forced into a defensive posture for much of the fight. Spence continued to land clean shots to the chin and the solar plexus of Garcia, leaving fans wondering "How much more can he take" as the fight reached the final rounds; Garcia continued to take clean shots from the powerful Spence, showing the world his granite chin and commendable toughness.
The final bell capped off another dominant performance for 29-year old Spence, as Garcia never had much of a chance to get going. When asked about his performance, Garcia explained "He had answers for everything I tried to do" and praised Spence for executing an excellent game plan.
Despite not earning another stoppage victory, Spence had several positives to take away from his performance in his hometown. "Tonight I wanted to show that I DO have high boxing IQ and I think I did that." he said referring to those who deemed Garcia a 'smarter fighter'. This performance certainly set up another box office fight for Spence, who cited Manny Pacquiao (61-7 39KOs), Shawn Porter (30-2 17KOs), and Terrence Crawford (34-0 25 KOs) as possible upcoming opponents in an effort to unify the welterweight championships. Whomever he does share the ring with next will likely be in for a long night.
It's back to the drawing board for 31-year old Garcia, who didn't dismiss taking another fight at welterweight. "There are other names that I could possibly get a title from. I could still pull it off... I could go to another weight class maybe, or maybe stay there and go after a title" Garcia expressed, following a question regarding his goal to become a five-weight world champion. Regardless of his next step, Garcia showed that he is still a fighter to be considered in the pound for pound rankings.
By: Sav Maddox