NEW YORK (July 14, 2022) -- The Professional Fighters League (PFL), the fastest growing and most innovative sports league in the world, announced today the launch of PFL Europe, a new international league debuting in 2023.  PFL Europe events will all be staged in European countries, broadcast and streamed primetime in Europe, and feature the top emerging European MMA fighters. PFL Europe will provide a direct avenue for the best European fighters to make it to the PFL global talent roster.  PFL Europe leverages the proven sports-season format, world-class team, expert infrastructure, and trusted brand of PFL.

“I am pleased to announce the PFL will launch PFL Europe in 2023 to further advance the sport of MMA and fuel PFL’s next phase of global expansion starting in Europe, the number one international MMA growth region,“ said PFL CEO Peter Murray. “Europe is rich with top fighters who are ready to compete in the PFL’s season format on a major stage and passionate MMA fans throughout the region will now have access to premium events staged in Europe.”

Top fighters from Europe will compete on both the August 13 Cardiff and August 20 London cards, in hopes of earning a contract in PFL Europe. British star Dakota Ditcheva, Ireland’s Will Fleury, Italy’s Francesco Nuzzi and Scotland’s Louie Sutherland, will all be competing to join the new League. 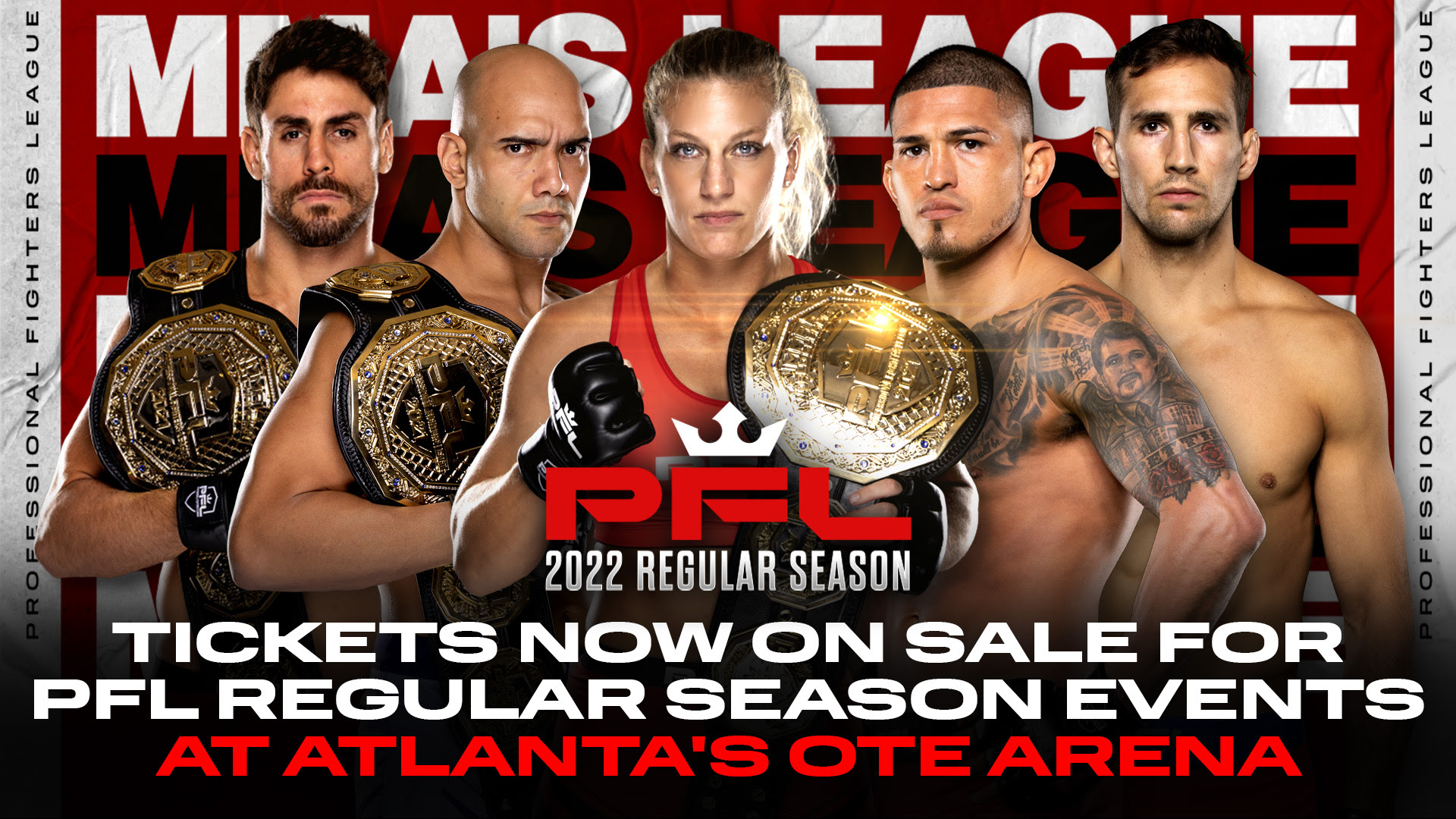 Ditcheva is a Muay Thai specialist who, at just 23-years of age, has already captured three world championships and been named the Daily Mirror’s Young Sportsperson of the Year. She has a perfect professional record of 5-0 with four of those wins coming by knockout. She will look to continue her ascent to the top of the women’s flyweight division when she takes on Morocco’s Hassna Jaber in London on August 20.

PFL Europe is the first of multiple international leagues which will be launched to provide the best fighter talent in the world the opportunity to compete and prove themselves on a global stage.

Ireland’s Will Fleury is the UAE Warriors middleweight champion, and he will make the move up to light heavyweight for his PFL debut on August 13 in Cardiff. The John Kavanagh disciple trains out of SBG Ireland, the home of Conor McGregor, and he enters the bout on a three-fight winning streak. He’ll face top Norwegian light heavyweight Kenneth Bergh who brings an impressive 9-1 record, including eight stoppage wins, into his PFL debut.

Francesco Nuzzi has earned his position as a top bantamweight prospect on the strength of eight consecutive wins, which has run his record to an impressive 9-1. He will look to make make the jump to PFL Europe when he takes on veteran French fighter Mokhtar Benkaci (20-7) on August 13. Benkaci enters on a six-fight winning streak of his own and will look to keep his PFL Europe dreams alive with a win over Nuzzi.

The “Vanilla Gorilla” Louie Sutherland has had the kind of start to his career that all fighters dream of. Four wins, all by first round knockout, have the London-based Scot primed for big things in the sport. He’ll have a stiff test in London-born, Manchester-based Abraham Bably (1-0) who will be making his second professional start after a stellar amateur career that saw him go 4-0 with four knockouts. With a TKO win in his pro debut last December, Bably, like
Sutherland, has never been to the scorecards in his career.

“It has been an extremely rewarding experience putting together PFL Europe qualifier fights alongside our partners at Live Nation,” said Ray Sefo, PFL President of Fighter Operations. “PFL is about opportunity, and we are proud of the opportunity we are providing fighters across Europe. I can’t wait to get to work on the first season of PFL Europe.”

PFL is the first and only MMA league with a true sports-season format where elite fighters from around the world compete in a Regular Season, Playoffs and Championship. The four competitors in each division who earn the most points in the Regular Season advancing to the win-or-go-home Playoffs, followed by the biggest night in MMA – the PFL World Championship – with each winner going home with the $1 million prize.

Professional Fighters League is the No. 2 MMA company globally and features an elite talent roster. PFL has live event coverage in 160 countries on leading distribution platforms and delivers a unique, innovative product to MMA fans around the world.