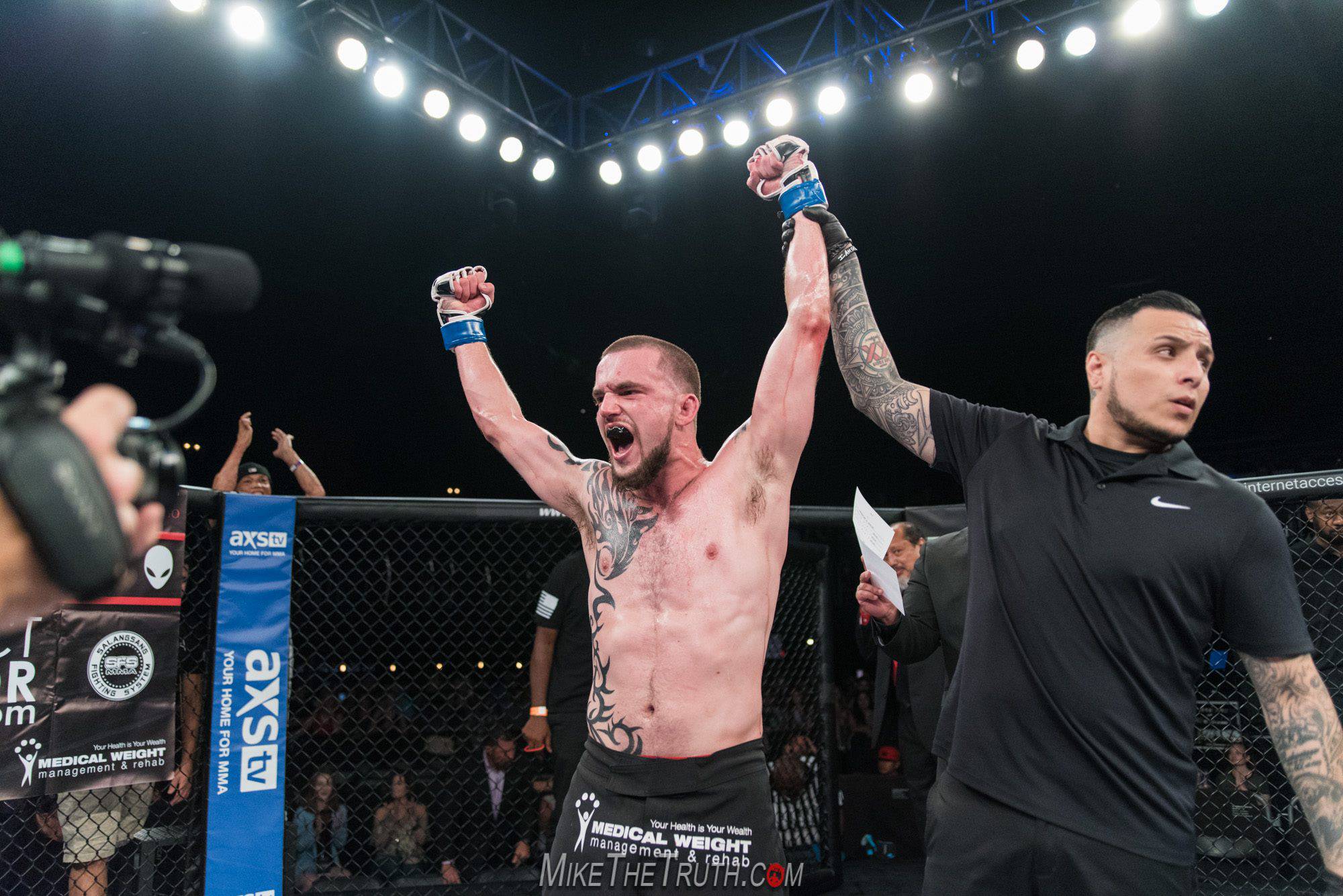 Fighting out of Dallas, Texas, Austin "Lights Out" Lingo (6-0 2KOs) is a promising young prospect with all the tools to become a great fighter. Global Fight Talk had the pleasure of speaking with the 24-year-old, who was short, simple, and stern when discussing his goals as a fighter. "UFC belt. I want that UFC belt and at least 30 more fights." He explained.

"Lights Out" was born and raised in Mesquite, Texas, where he realized his love for the sport. As a young teenager, Lingo was bullied by his peers but eventually began defending himself. "One day I got tired of it and I took on a bully and I beat him up. Bad." He expressed that his dad came across a video of the fight, and told him that he could not continue to risk getting into any trouble for fighting. He responded by asking his dad to take him to a boxing gym and following his dad granting his wish, he fell in love with the sport of fighting. "The first day I got hit a couple of times and I said 'Man I love it'. I was losing at first, but I had that instinct that a lot of people didn't have, so I knew I had something."

He then began boxing regularly and eventually incorporated kickboxing and jiu-jitsu into his training. Becoming a Mixed Martial Artist didn't initially instill the discipline Lingo needed, however. When he was 18, he was kicked out of his parent's home. "I was getting in trouble with my family a lot. Sometimes I had to sleep on my friend's porch." He explained that he dealt with substance abuse during this time as well, and before he knew it, he had been away from fighting for a while. "One day I thought 'I can do way better than this'. I remembered how good I was at fighting, and thought 'why did I stop?'" He decided to start taking fighting seriously and began his amateur career shortly after.

During his amateur career, he met UFC veteran Donald Cerrone (35-11 10KOs). Lingo, among other fighters, lived at Cerrone's ranch while he perfected his craft. "I lived there for two summers. One time they all chased me into the field and shaved my hair." He explained. He continued to train and eventually won his first professional MMA bout in 2017. He has since proved himself as a prospect within the sport; remaining undefeated after 6 bouts with 2 knockout finishes and 2 submission victories. His last two fights under Legacy Fighting Alliance lasted a total of 38 seconds, A 13-second knockout followed by a 25-second submission. Perseverance is a part of Lingo as a person and its beginning to show in his bouts.  He told us "When I get in the cage I think 'nobody's been through what I've been through"

Going forward, Lingo hopes to continue to show his versatility as a fighter on his road to the UFC. He continues to train kickboxing and jiu-jitsu daily but sees himself as a knockout artist in the future. "It's what everyone loves to see. It's what I love to do," He proclaimed.

Austin Lingo will likely be in the UFC very soon, as he aims for a shot in the UFC's Contender Series in the near future. Dana White would not be making a mistake giving Lingo a shot, as his ceiling could be as high as any contender in the sport.